I’m the youngest in my whole family. All my siblings were always better than me in everything. Or at least I thought so. I’d say that it’s really had an impact on my self-confidence, that was never too big. Life went on, and I gradually started finding God and what he’s like and who I am to him. He’s been gradually changing the way I perceive myself. But lately this unresolved thing in me has reopened, and I wanted to start dealing with it. God seemed far away, and I was in unbelievable mishmash and uncertainty. My life was a total mess! I didn’t know who I am? Why am I here and what am I doing here? I felt absolutely invisible and overlooked. And right here starts the story I want to tell you.

I went to Travná. I was kind of scared that I would feel pushed aside because  I didn’t know many people there, and again that feeling of uncertainty, invisibility and of being overlooked spoke up in my mind. I did probably the only reasonable thing that I could at that moment – I prayed. I asked God to show me how special I am to him, that I am important and not invisible.

As I said before, I didn’t know many people and my “introverted self” didn’t even want to meet new people, let alone talk to them. But what happened? I really had no idea my prayer would have consequences! And certainly not that it would happen that soon. I was in the kitchen cooking (as cooks usually do at camps). Sometimes someone would come and chat with me and then would leave, then someone else would come and it continued like that the whole time. Even people came who I didn’t expect it from at all from, and they often helped me with preparing the food even when they weren’t on kitchen duty. It really surprised me because I don’t know these people much, of course, and they were suddenly hanging out with me?  I mean… really?

And I was grateful for it! Very grateful! Even my “introverted self” was okay – another shock. What I realized on the second day was that this was all an answer to my prayer. I felt accepted, welcomed and seen! God, through unfamiliar people, showed me that I’m important to him when I sit on my couch watching fairy tales or when I cook at a camp for a whole bunch of people.

So thank you! Thanks to those who probably don’t even know how God used you for the healing touch of my soul. This soul that was hurt, exhausted and disappointed. I’m grateful to God that he didn’t stay silent and that I could experience all of this. Travná is another place where God acts – sometimes inconspicuously and in seclusion, sometimes very evidently. I’m grateful for that and I’m excited to see more answers to prayers, mine or yours… 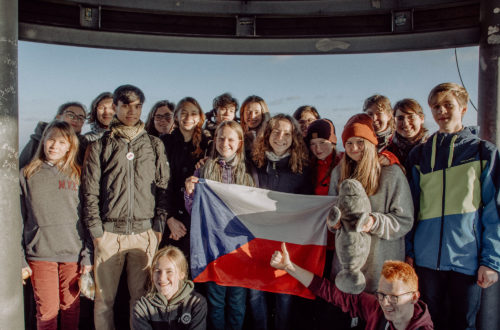 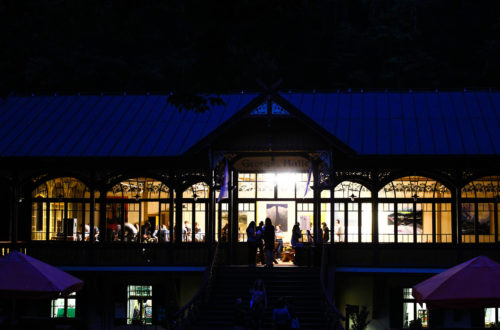